If you’ve navigated your way to this page, it probably means you’re either a musician or a filmmaker, or perhaps you know someone who is. Well, we’re very glad you found your way here. We’ve already got many great musicians lined up for being featured in our post-apocalyptic short film and several short films we’ll be including in our Short Film Showcase. Read more about each below.

Music in the Film

If you check out Tom’s Songs you’ll find just a few of the many great bands we have lined up to use in the film. But since this movie is all about the last man alive broadcasting a rock ‘n roll fueled radio show, we need more music, so we’d love to hear what you’ve got. Just click on the Music Submission form, fill out the few fields, including links to your music, and if we like what we hear, we’ll contact you with more information. We are looking specifically for rock songs. It can be indie rock, prog rock, hard rock, soft rock, classic rock, punk rock, and any other kind of rock you can think of. Just make sure it rocks! 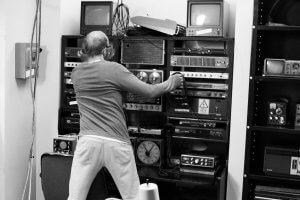 We are no longer accepting submissions for the Short Film Showcase. Our lineup will be posted as soon as we make the final decisions and launch our IndieGogo campaign. In the meantime, you can check out our upcoming campaign on Prefundia.

One thing we love to do, is showcase other great films. We’ll be giving our very first screening of “Apocalypse Rock” at the prestigious AFI Silver in Silver Spring, Maryland. But we want to share the love, and screen as many other great short films as possible. Although our film is post-apocalyptic, we are submissions ranging from Rom-Coms to Music Videos. This will be a private screening, so it shouldn’t mess up any premiere statuses for the films. The only way to see these films on the big screen as part of the Showcase is to get an Invite via our upcoming Campaign. More details coming very soon! 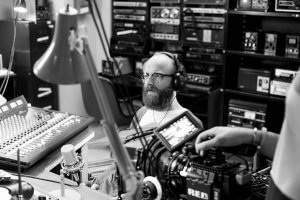